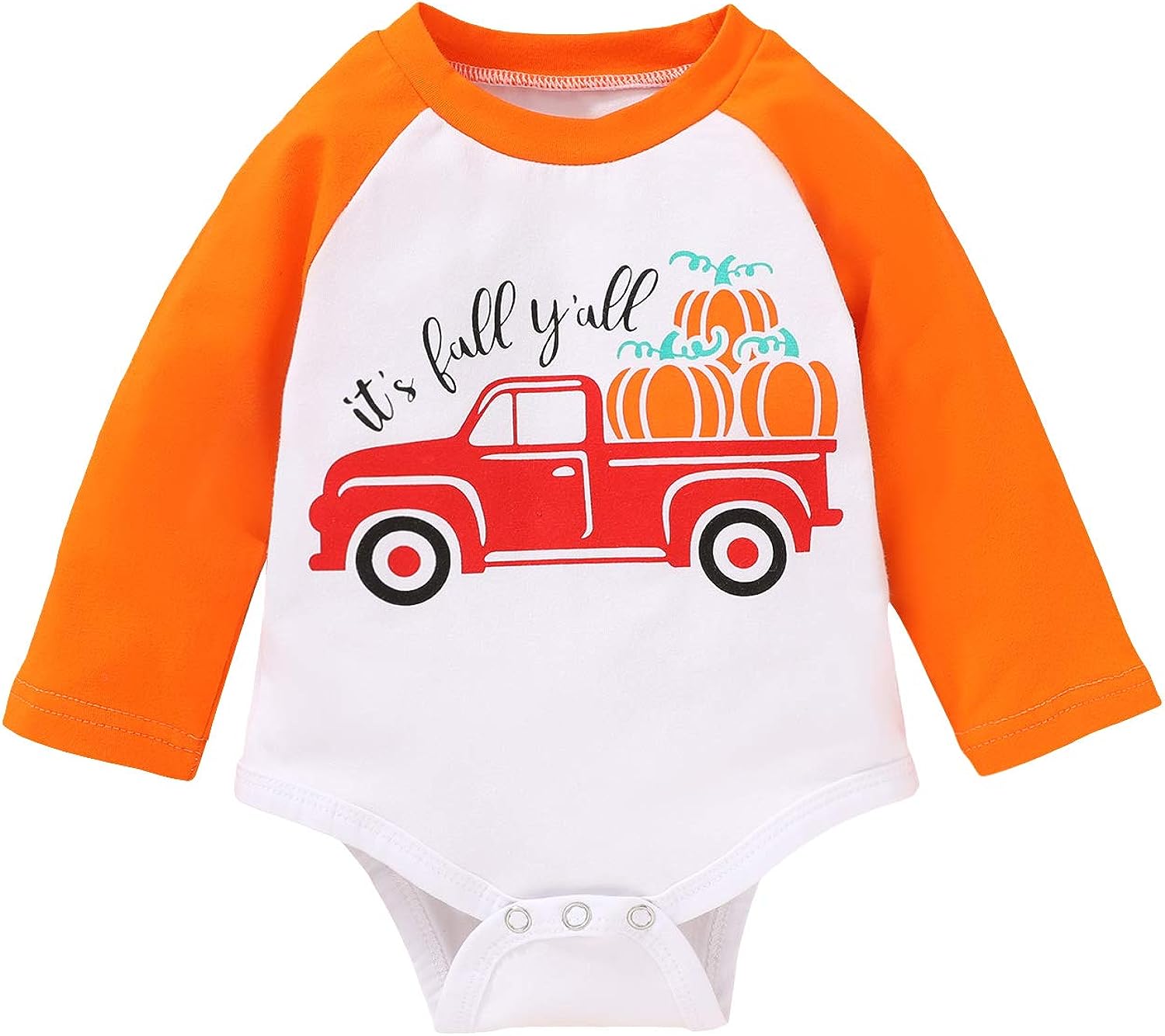 A:Our clothes are made of 100% cotton, which is elastic and non-irritating to the baby's skin. Daily washing will not fade, but do not use bleach!

Q2: Are these clothes sold together?

A:No, each piece of clothing is sold separately. You will only receive a separate product when you order. If you want matching clothes, please order separately.

Q1:What is the design concept of this product?

A:Autumn is a harvest season. Pumpkin is an element of autumn. We integrate it into children's clothes to express the joy of the autumn harvest. Pumpkins are also a representative of Halloween, so this romper/t-shirt is also suitable for Halloween.

Feature of our items