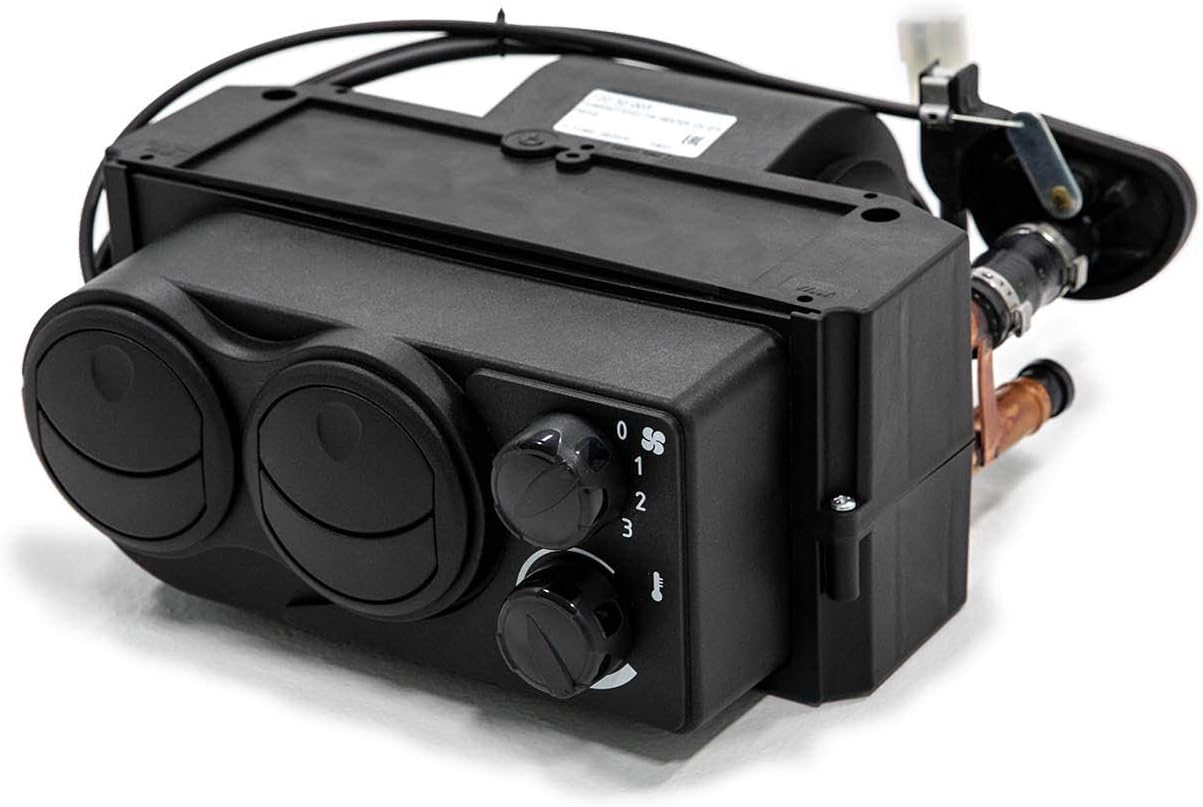 Your Polaris RZR XP 1000 is made to ride through the cold winter months, so get SuperATVâs Cab Heater to make sure you can handle everything your RZR was built for. It draws engine heat directly from the coolant lines to heat your cab just like a traditional car heater. Our cab heater mounts under the dash between the seats where it's out of the way for both the passenger and the driver.

Install is easyâour kit uses the RZR 1000âs own key-on and power terminals to make wiring a cinch. We include hoses, drill-bits, and RZR-specific mounting plates to make it as easy as possible to get your heater up and running. With adjustable temperature and fan speeds, you get the warmth to ride all year round.

Along with the two vents in the unit itself, we include two defrost vents and hoses to keep your windshield snow, ice, and fog free while you're driving! We route the defrost vents through your dash so they look like they came included from the factory.

Our Cab Heater is designed to make your cab comfortable while you're riding. The high-grade radiator hoses are rated from -40Â°F to 285Â°F. That means that no matter how hot your engine gets or how cold it is outside, our heater and its components can handle it. It's the best way to ride into winter.

Get the most out of your cab heater by completely sealing your UTV's cab with a roof, and front and rear windshields. Check out our selection of SuperATV Windshields.